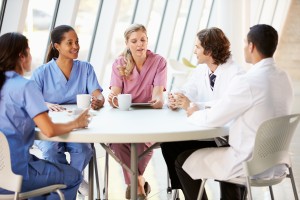 As one of the most widely consumed beverages in the world, coffee consumption is second only to water. In spite of this popularity, coffee and its effects on our health are hotly debated in the worlds of medicine and nutrition. Current research has been slowly answering the questions we have concerning coffee’s impact on heart disease, diabetes, and the brain. Aside from caffeine, coffee is rich in many bioactive chemicals that have beneficial effects in the body. Some of these components, like chlorogenic acid and hydroxyhydroquinone (HHQ), are powerful antioxidants, which protect the body against harmful free radicals. Therefore, coffee is also suspected to have anti-cancer properties that may help to prevent the development of cancer cells.

According to the available research on the association between cancer lines and coffee consumption, risks of certain cancers can be reduced with coffee intake. There are significant correlations between coffee consumption and reduced risk of liver, kidney, colorectal, and premenopausal breast cancers. However, it is in question whether caffeine is responsible for these anti-carcinogenic effects, or the other bioactive ingredients. Studies looking at the efficacy of decaffeinated coffee in reducing cancer risk had positive findings, indicating that caffeine may not be the main player in coffee’s fight against cancer.

There is much debate concerning the effect of coffee on the heart. While the antioxidants contained in coffee have anti-inflammatory effects and prevent the oxidation of LDL, reducing damage to artery walls and plaque formation, there is evidence that caffeine increases blood pressure by stiffening the artery walls. Also, other bioactive substances found in coffee, cafestol and kahweol, have been found to raise blood lipids, increasing the risk for heart disease. Consequently, people with heart disease or at risk for heart disease should try switching to decaffeinated coffee. That way, the benefits of the antioxidants can still be derived without the harmful effects of caffeine on the heart. In terms of the lipid-raising cafestol and kahweol, these ingredients are mostly removed by coffee filters. That is, those brew methods, such as the French press, that do not use filters, should be avoided by those who have suffer from heart disease or have high levels of blood lipids.

Coffee and the Brain:

The progression of Parkinson’s disease (PD), a neurodegenerative disorder involving inactivation of motor neurons, has been found to be inversely associated with coffee consumption. By reducing the activity of free radicals in the brain, its potent antioxidants prevent further neurodegeneration. In the case of PD, caffeine, specifically, has been found to have protective effects on the brain.

Alzheimer’s disease (AD) is another neurodegenerative disease that progressively destroys memory and other important functions of the brain. Studies report that moderate daily consumption of coffee over time is associated with reduced risk of AD and delayed progression of the disease. This can also be contributed to the antioxidant properties of coffee. Furthermore, a component of coffee known as trigonelline was found to have regenerative effects of the brain, improving memory.

The consumption of coffee and diabetes has been found to be negatively associated. That is, because of the antioxidant properties found in coffee, a hypoglycemic effect has been discovered with the consumption of coffee. This effect, however, cannot be contributed to caffeine, but to the chlorogenic acid found in coffee. Therefore, these hypoglycemic effects can be derived from decaffeinated coffee as well.

It is clear that further investigation is needed to better establish the health benefits of coffee. However, the general population would benefit from consuming a moderate amount of coffee daily, around 2-3 cups. Whether you drink regular coffee or decaf, it matters what you put into it, as well. It is best for overall health and reduction of chronic disease to limit or eliminate the amount of cream and sugar mixed in with coffee.

If you are looking for a refreshing, low sugar, low calorie coffee drink. Try the recipe for easy coffee brew by clicking here.