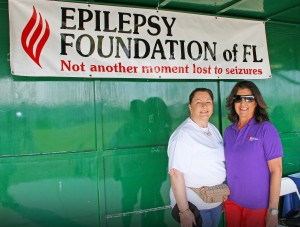 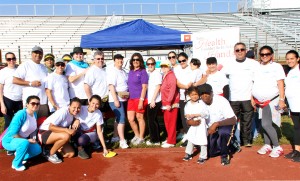 On Saturday, March 9, 2013 the joining of two major forces occurred. The Epilepsy Foundation of Florida and Miami Neuroscience Center at Larkin have joined to support "Walk the Talk", one of many events held by the Epilepsy Foundation and its partners. According to the Epilepsy Foundation of Florida (EFOF) more than 375,000 Floridians suffer from epilepsy and seizure disorders and about 42,000 people die every year nationally due to seizures and other related causes. Sandy Sosa-Guerrero, Chief Executive Officer of Larkin Community Hospital felt strongly about supporting this cause. When asked to serve as a part of the board she did not hesitate and gave a resounding “Yes” She is truly one of our unsung community heroes.

Larkin’s employees demonstrated their commitment by being the largest corporation in attendance with 93 employees, and garnering the award of the largest corporate team. Close to 1500 participants walked at Tropical Park this last Saturday to support this worthy cause. The success of the funds raised will aid patients and their families with treatment, research, as well as education on the challenges of living with epilepsy. The Epilepsy Foundation of Florida and the Miami Neuroscience Center and Larkin Community Hospital are looking to make a significant dent with the proceeds that would in turn impact a large portion of the South Florida community that is affected by this disease.

The Epilepsy Foundation of Florida (EFOF) was established in 1971 as a not-for-profit 501 (c)(3) and serves as the lead advocate for rights and needs of people with epilepsy and other seizure disorders. The family of epilepsy disorders is the third-most prevalent neurological condition in the United States, striking approximately 3 million people nationally and 375,000 people in Florida. About 42,000 people die each year in the U.S. due to seizures from epilepsy and related causes. The EFOF -- with offices in Miami, Fort Lauderdale, Daytona, Stuart, West Palm Beach, Jacksonville, Gainesville and Pensacola -- provides numerous services to individuals and families, such as advocacy and counseling, education and prevention, direct medical and neuropsychological services, as well as research and other programs regardless of financial situation or socioeconomic status. For more information, visit http://www.EpilepsyFLA.org.

About the Miami Neuroscience Center: Dr. Wolf founded the Miami Neuroscience Center in 1993. Over the past two decades, he and his team have performed nearly 7,500 Gamma Knife surgeries, acquiring a level of expertise unmatched in the field. The team’s long-time collaboration also led to a number of medical breakthroughs. The team was the first to make extensive use of radiosurgery to manage multiple metastases. It was also one of the first to apply radiosurgery to treat large-sized benign tumors, and the first nationally to provide Gamma Knife treatments on an outpatient basis. For more information, visit http://www.miamineurosciencecenter.com or call (305) 284-7554.

About Larkin Community Hospital: Larkin Community Hospital (LCH) is a 146-bed Acute Care Medical, Surgical and Psychiatric Teaching Hospital fully accredited by the Joint Commission on Accreditation of Healthcare Organizations. Its mission is to provide the highest quality of compassionate care in an educational environment. The hospital is located in South Miami. For more information about Larkin, visit http://www.larkinhospital.com. For additional information about its Graduate Medical Education programs, visit larkinhospital.com. 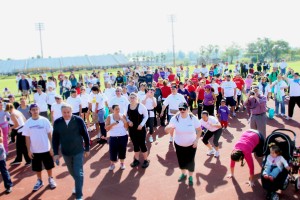 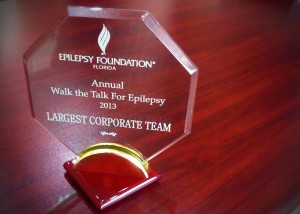