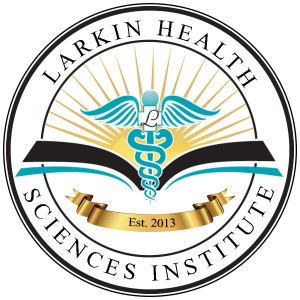 South Miami, Florida, February 18, 2015 - - The Teaching Hospital Council of Florida and the Safety Net Hospital Alliance of Florida announced that the state is facing a critical shortage of physicians. There have been calls to create new residency slots, but Dr. Jack Michel, President of Larkin Community Hospital, says that is not enough to solve the problem.

“We need to attract residents from across the country to meet this need, but we also need to encourage our local students to pursue careers in health care. By creating Larkin Health Sciences Institute, we are offering a way for local students to study nursing, pharmacy, dentistry, and medicine.”

One of 12 designated statutory teaching hospitals in Florida and the largest teaching hospital for osteopathic physicians in the U.S., Larkin Community Hospital offers training in 30 different specialties, as well as sponsors an allopathic residency degree in psychiatry.

Larkin plans to invest approximately $68 million over 10 years into a 48-acre campus located in Naranja Lakes. Construction will begin in 2015, with the first class of students enrolling in August 2016. The Institute has also purchased a building in Miami Gardens, which currently houses the College of Biomedical Sciences, College of Pharmacy, and College of Health Sciences. The Larkin School of Nursing is currently located on the hospital’s main campus in South Miami. Approximately 100 students will be enrolled in each area of study.

The Institute’s innovative College of Pharmacy program is expected to garner a lot of attention from prospective students, as it enables them to receive a degree in three years instead of four. “Finishing a year early will allow students to be more competitive,” said Dr. Michel, adding that it will also reduce the cost of training. The College of Biomedical Sciences is a post-baccalaureate degree program for students wishing to gain entrance to medical school, while the College of Health Sciences will train students in radiological technology and diagnostic medical sonography.

“We expect to enroll students from across the country because there is not only a substantial need for trained medical professionals, such as doctors, pharmacists and dentists in Miami and Florida, but throughout the rest of the country,” said Dr. Michel. “The new ACA-era has created a great demand as far as workforce goes.”

Larkin is also looking to partner with Miami-Dade Schools to put a middle school and high school on campus as a way to encourage younger students who want to pursue careers in the health professions.

“The health sciences high school students could share space with our students, which would provide a good opportunity for mentoring,” Dr. Michel explained.“Miami-Dade has a 35 percent Hispanic population and a 30 percent African-American population, yet only 8.8 percent of doctors are Hispanic and only 3 percent are African-American.” “These groups are substantially underrepresented, and it is our goal to be inclusive of these minorities,” he added. “While a program like this is unprecedented, we’re excited about the chance to make a dent in the underrepresentation of minorities in health care.”

By creating a campus that caters to a wide range of students, Dr. Michel hopes to encourage health professionals to stay in the South Florida area.

“One of the big issues in health education is that to complete their training, a lot of people have to leave where they live to do it,” he explained. “By having everything here on one campus, they can do all of their training in Miami, and not have to leave the state unless they want to.” “A middle-school student on campus could end up going to medical school here, and go on to become a cardiologist or dermatologist,” he said.