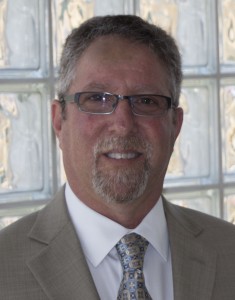 and Acting Vice President for Education

South Miami, Florida, August 21, 2013 - - Larkin Community Hospital (LCH), one of Florida’s twelve statutory teaching hospitals and the largest osteopathic teaching hospital in the nation,, has hired Gary M. Levin, PharmD. as the Founding Dean of the College of Pharmacy.  Dr. Levin will also serve as Chief Academic Officer and Acting Vice President for Education. The College of Pharmacy is one of several colleges that will comprise Larkin Institute of Health Sciences. Recently, the hospital announced that it had completed the purchase of property in Naranja, Florida, to establish a health sciences campus.  The new campus will include Biomedical Sciences, Osteopathic Medicine and a nursing school in the first phase of development.  The second phase will include a College of Dental Medicine and several other programs.  The new world class college of pharmacy will train 100 new pharmacists per year through an innovative and integrated 3-year program and will have a significant focus on inspiring and attracting a diverse student body.  The college of pharmacy will be the first and only one in Miami-Dade. An active clinician, teacher and researcher, Dr. Levin has been the Founding Dean for LECOM School  of Pharmacy – Bradenton Campus. He has also served as Department Chair for the Pharmacy Practice at Nova Southeastern University and tenured faculty at the University of Florida in both the Colleges of Pharmacy and Medicine.  Most recently, Dr. Levin has been Associate Dean for Clinical Programs at Roseman University in Henderson.  Dr. Levin has more than 150 peer-reviewed publications and scientific presentations.  He has also been actively engaged in key research regarding Pharmacogenomics, the study of how a person's genetic make-up determines the individual's response to various medications.  Dr. Levin has also been extremely active in a number of prestigious professional organizations and was the Founding President for College of Psychiatric and Neurologic Pharmacists (CPNP). Dr. Levin commented, “Miami-Dade is in need of a College of Pharmacy as the profession continues to transform from product-oriented to patient-oriented.  I am honored to be a part of this historic moment as we embark on development of the first private health sciences university in the State with an already existing teaching hospital.” Dr. Levin takes the helm to guide the College of Pharmacy with a goal of beginning the inaugural class in August 2015.  The prerequisite two-year accreditation process has already begun. LCH is academically affiliated with Jackson Memorial Hospital, Holtz Children’s Hospital, Miami Children’s Hospital, Nationwide Children’s Hospital, Nemours Children’s Hospital, Palmer Children's Hospital, Hialeah Hospital, and multiple federally qualified health Centers including Borinquen Health Care Center, Jessie Trice Community Health Center, Miami Beach Community Health Center, and Helen B. Bentley Health Care Center).  It is also affiliated with the CMA Clinics of Miami, the Beraja Medical Institute, Vitas Hospice and Palliative Care System, and the Miami Neuroscience Center at Larkin.